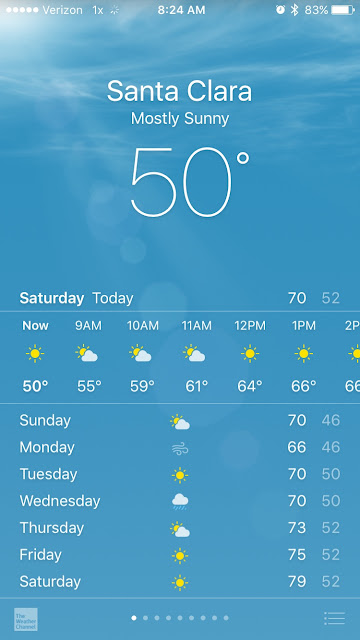 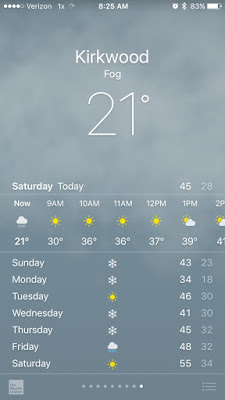 And the night before it had snowed, 12 inches. 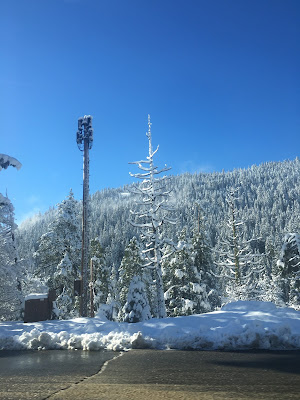 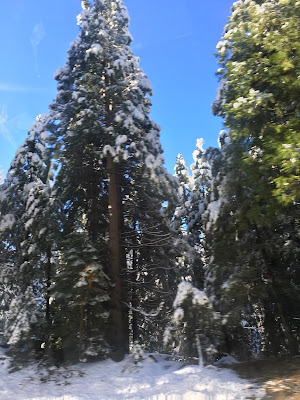 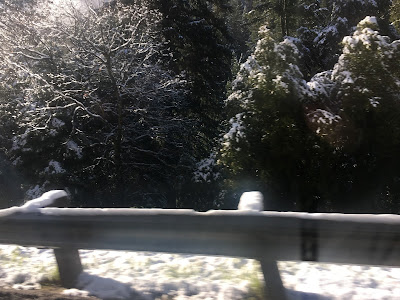 The traffic was light and we got there in about 3 1/2 hours.  Went by the florist -- "Enchanted Florist" in south Lake Tahoe -- to check on things and drop off some vases for the reception.

We then drove over to Kirkwood.  They were having a tasting for about 10 couples, including my YD and her fiancee. The tables were set up with each couple's name on it. 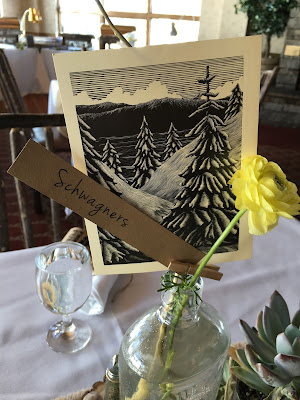 We were there early, so we tasted some of the beer and wines, prior to the appetizers. 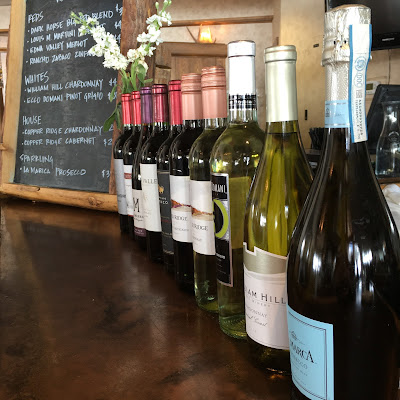 They had Deschutes in bottles, and I tried the Black Butte Porter.  It was pretty good.  Then I tried the house cabernet and the house chardonnay, then it was time for the cheese and appetizers. 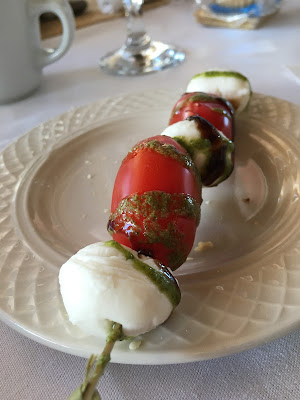 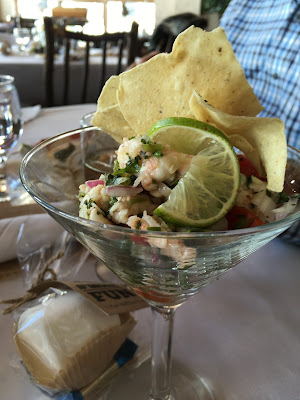 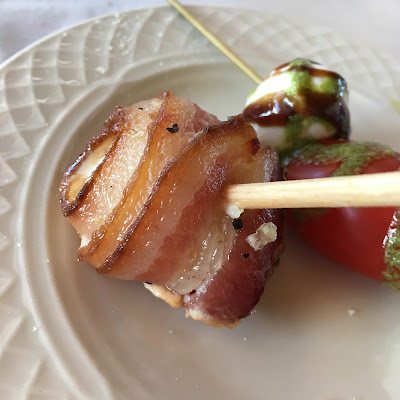 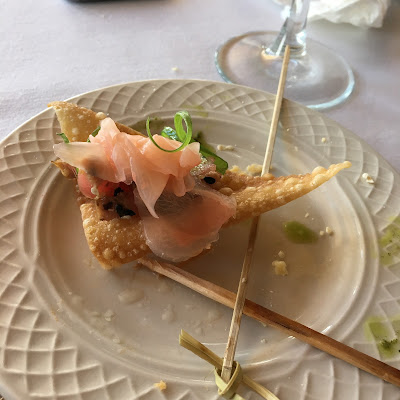 They were all excellent -- so hard to choose.
Then on to the entrees ...

Salmon, tri tip, chicken (with a pesto and macadamia nut sauce), and pork with a mango salsa.
for sides: asparagus, red  potatoes, cauliflower. 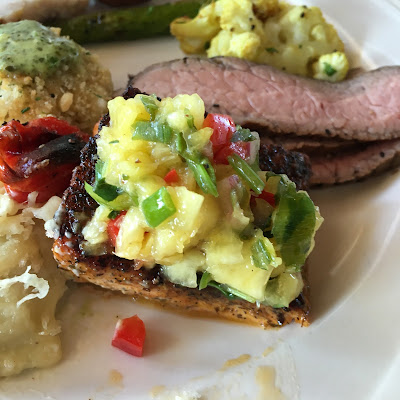 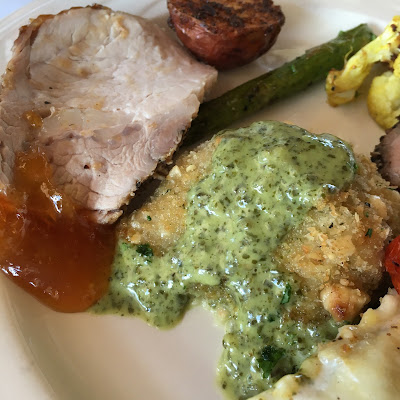 No dessert (after all, we'll be having cake at the wedding), but they did give us s'mores to make on the fire pits. 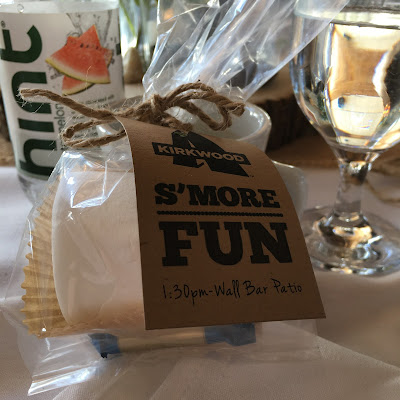 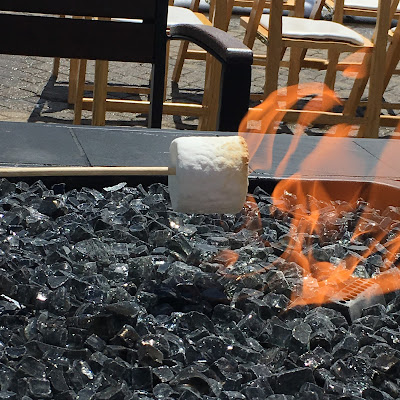 Guess we overcooked the marshmallow .. and then it fell on the ground. 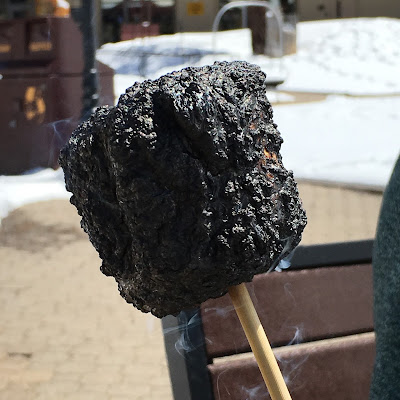 And the view outside .. 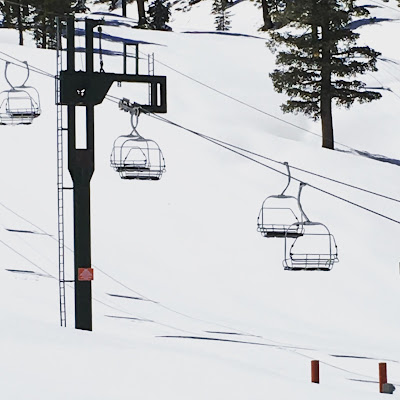 and another shot of the centerpiece .. with a photo bomber. 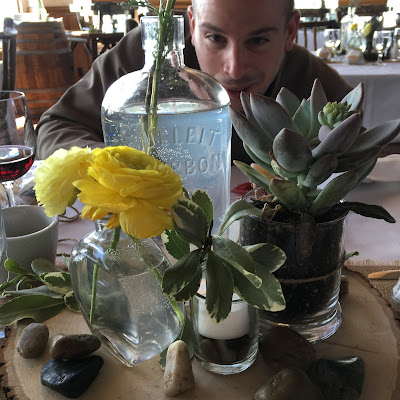 Email ThisBlogThis!Share to TwitterShare to FacebookShare to Pinterest
Labels: Wedding

This week's drink was the Bramble.  Recipe from here, sort of.  I actually used the recipe from the app on my phone, Cocktail Flow. 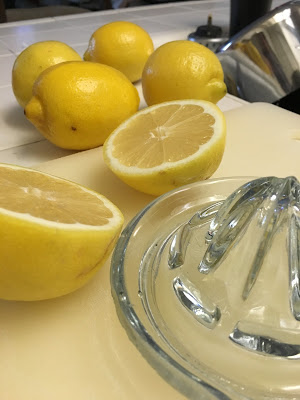 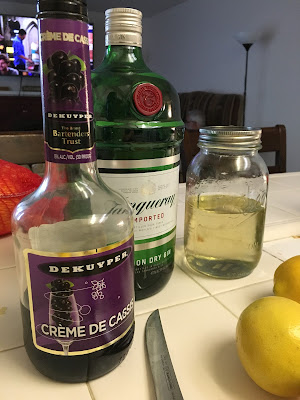 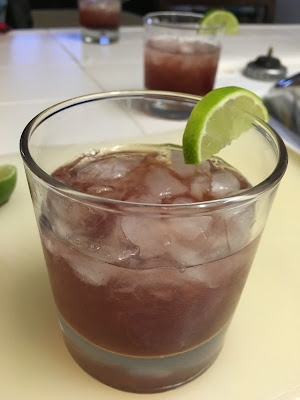 It was a good drink, a little potent, but since I only had one, that was okay.  Fattening though.  250 calories.  not a diet drink.  I think the color would have been better with the blackberry liqueur.  We'll have to get some and try it again. 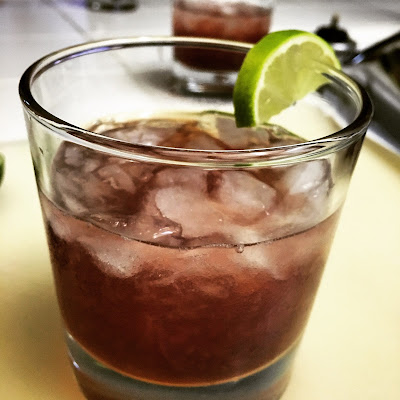 Things I learned in March

Here are some of the things I learned in March ...

1 - the only constant is change (okay, I knew this before this month)


2 - when you drop your iphone in the toilet, you should turn it off until it dries out 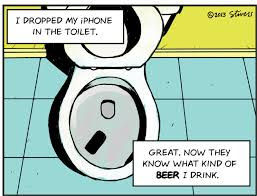 3 - John Cusack is really funny in Must Love Dogs 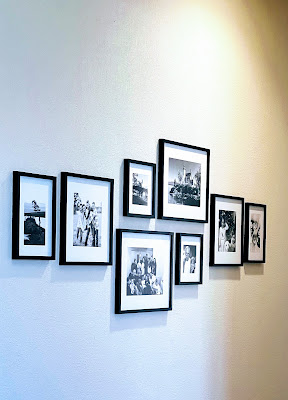