So my favorite thing this week is Thimbleberry Jam. 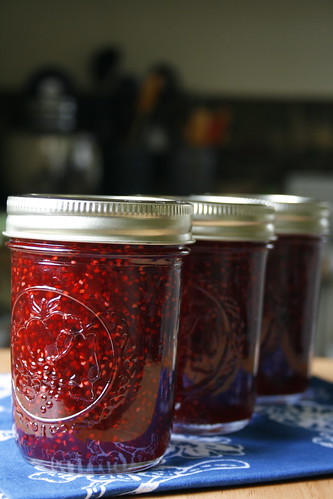 This is jam made from a wild berry (Thimbleberry) that grows in Michigan's Upper Peninsula.   It may grow in other places as well -- I'm not sure. 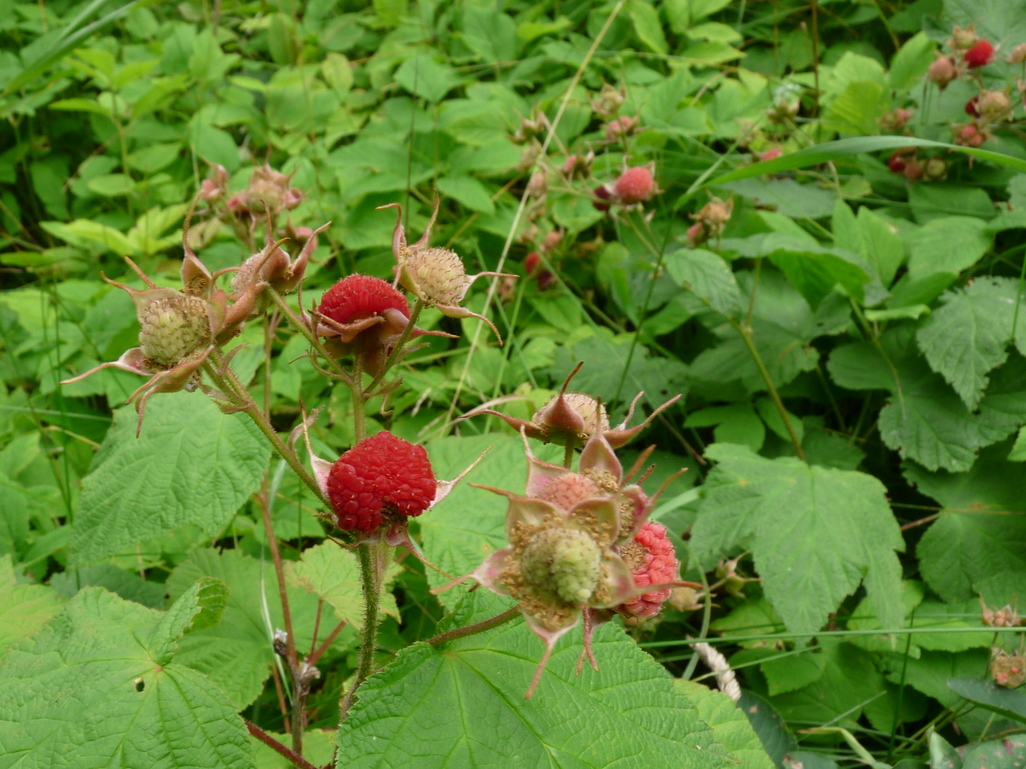 The berries are seedy like blackberries.  They are tart, not sweet like raspberries -- however, if you pick (and eat) when they are not quite ripe, they are quite sweet.

When I was a child, my family vacationed in Eagle Harbor, Michigan (in Michigan's Upper Peninsula).  We (my siblings and I) used to go berry picking (under duress) with my mother, grandmother, and great aunt.  We would fill old milk cartons with the berries.  As the youngest, I probably didn't fill mine, but that was the idea.  One thing to note, with thimbleberries, the more berries you pick, the more they compress, so filling the milk carton is nearly impossible (wish I had a picture to share about this).  Anyway, after the berries were picked, we would go back to the Harbor.  My siblings and I would go out and play.  My mother, grandmother, and great aunt would go to the cottage and pick through the berries and make the jam. 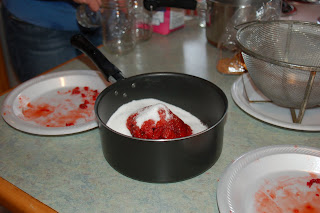 This past summer, my husband and I vacationed in Eagle Harbor with my sisters, my oldest sister's kids (minus 1), and my other sister's youngest daughter.  I hoped we would pick enough thimbleberries to make jam for everyone and then some. 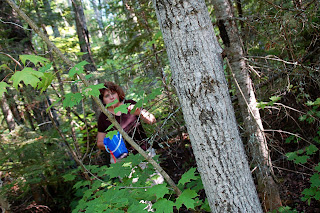 (image from here - me picking berries)

Unfortunately, it didn't work out that way.  Either there weren't enough berries or there weren't enough pickers. I'm not complaining about the pickers, really, I just would have liked to have had more jam.  I ended up going to the Wood'n Spoon and buying some from Bruce so that we could have some thimbleberry jam this winter.

Anyway, that's my favorite this week.  To see what others' favorites are, please stop by QIMP.
at February 24, 2011 10 comments:

The linky quilt is done! Hooray! 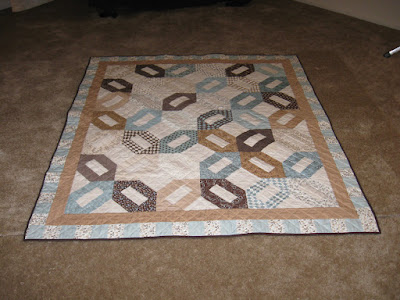 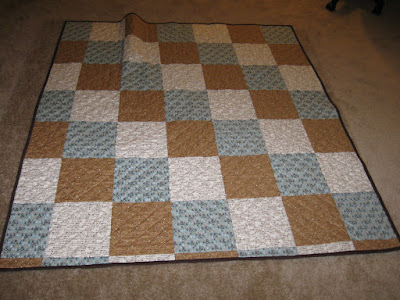 My favorite thing this week is the devil cat.  We got him when he was maybe a day old.  We had to feed him with a bottle.  He used to click instead of purr.  He would sleep in a laundry basket with a pig stuffed animal and a heating pad.  He was really sweet. 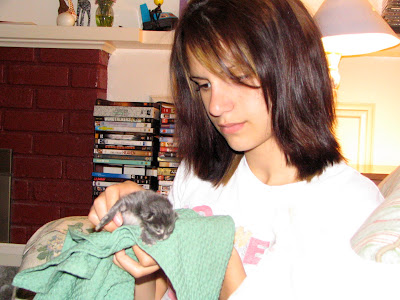 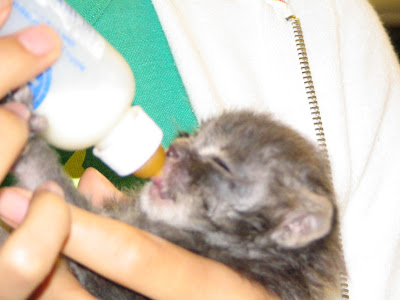 He eventually learned to eat on his own. 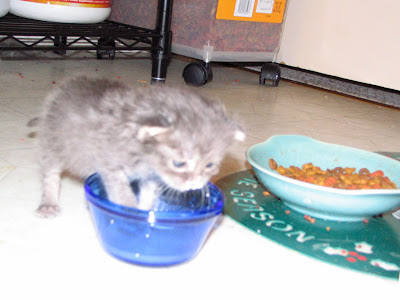 and do everything else.  . 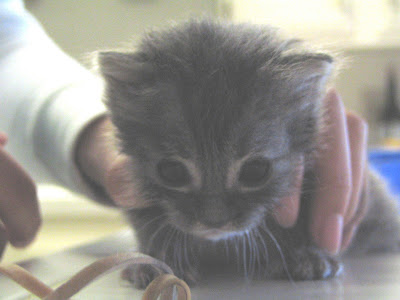 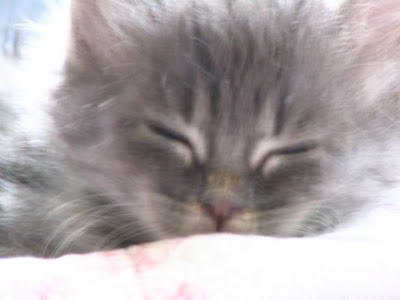 And then he grew up. 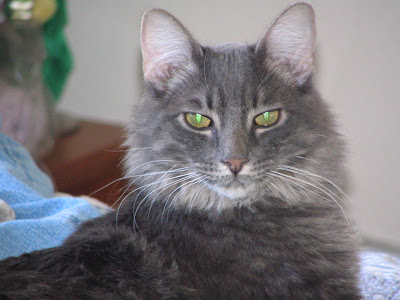 He's a beautiful cat ... but he attacks unprovoked, in the middle of the night when I'm walking to the bathroom.  He also stalks me.  He plays too, just doesn't know when to stop.


For some more favorite things head on over to Quilting in My Pyjamas ...  happy friday from California!
at February 18, 2011 4 comments:

Found this pic among many pyrex pics on luvinthemommyhood 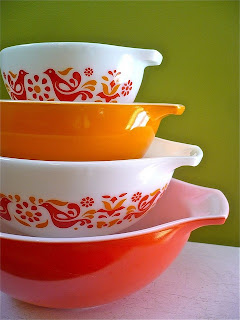 A couple of updates to my list.  I finished my second book for the year  (#16) .. Murder on a Bad Hair Day.  Another light mystery.  Quite enjoyable. 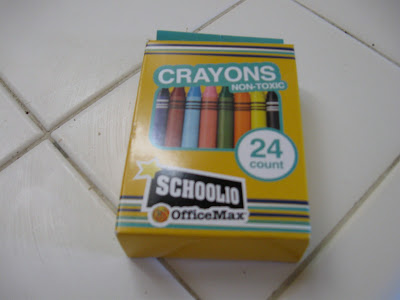 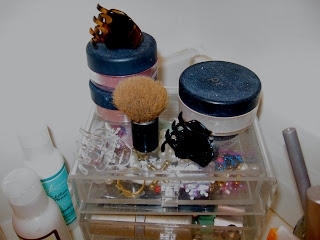 This is my makeup corner in the bathroom. 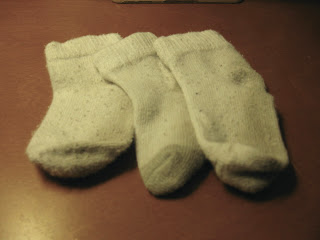 and the little socks on my dresser .. I don't think any of them match.  I haven't seen my grandkids to give them back :(.

My favorite thing this week is something with which I have a love/hate relationship. No, it’s not the devil cat (although I do have a love/hate relationship with him as well), but rather it is computer games, or as I fondly call them, stupid computer games.  I don’t play the complicated roll playing games, like World of Warcraft, but rather the mindless ones.  My old favs were Spider Solitaire and FreeCell which are freebies on PCs, and before those I played Hearts and Mine Sweeper, also freebies on PCs.  Oh, and I used to play two on facebook: Mafia Wars and Farmville.  And then there’s Tetris.  I’ve since stopped playing those.
I currently play four different games: 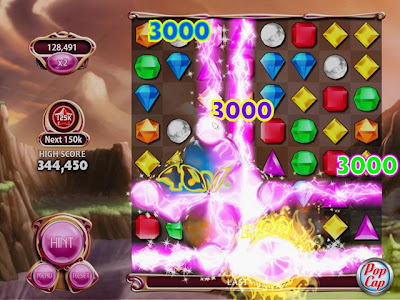 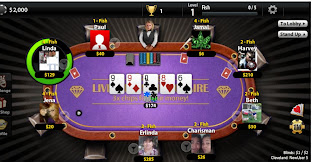 Texas Hold ‘Em (on FaceBook),
Drench (http://www.flashbynight.com/drench/) and Pacxon (http://www.gamesolo.com/flash-game/pacxon.html).
I play these games compulsively and obsessively.
Wikipedia defines compulsive behavior as behavior which a person does compulsively—in other words, not because they want to behave that way, but because they feel they have to do so.
Mirriam Webster defines obsessive as excessive often to an unreasonable degree.
I can play for hours at a time.  I try to limit myself to three games at a time, but I rarely stick to it .. “just one more,” I tell myself.  I decided to take a one day game break last week - and probably should do it regularly or perhaps allow myself only one day a week to play games.


This is something that started a long time ago.  When I was in high school, we would go to the Student Union at the nearby college and play pinball .. until I ran out of quarters and since I was a waitress at the time, I always had lots and lots of quarters.  I can’t imagine how much money I wasted on those games ..
then in the 80s Pacman came on the scene.  The first time I played, I spent at least two hours and $10, and didn’t even get past level 1.


I just have one question:  why can’t I be this way about good things, like exercise or eating healthy?
Anyway, that’s my “favorite” thing this week.
at February 11, 2011 8 comments:

My favorite thing this week is the smell of freshly baked bread. 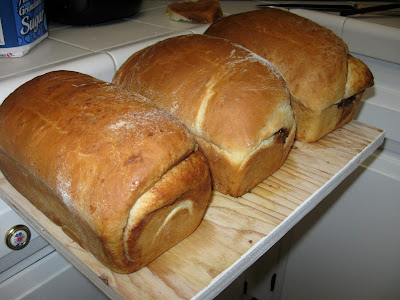 I am baking a loaf right now.   My second favorite thing is eating freshly baked bread. 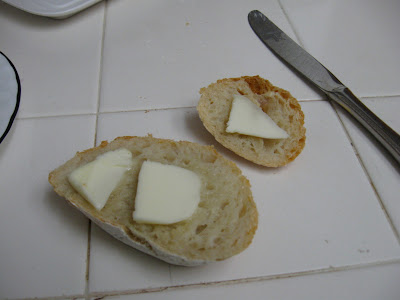 No pictures of me eating the bread -- but it's just about all gone!!

My mom used to bake bread.  Even the pb&j sandwiches I took to school were made with homemade bread.  I don't remember her teaching me how to bake bread, but she must have.  I first started baking bread when my kids were little and for the past several years I've made cinnamon bread as Christmas gifts.  My house smells heavenly the week before Christmas.

I don't think any of my kids have started baking bread yet, but I hope they will.  I don't know if  my sisters (or my brother) bake bread or if any of my nieces or nephews do.   I do know my cousin Sara does or has on occasion because I remember making some with her.  So it's kind of a family thing..

I finished the backing today! Hooray! now to put it together, "baste" it, and then quilt it.  How fun! 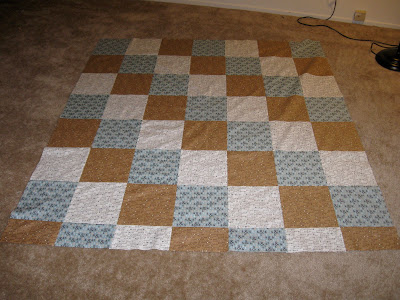 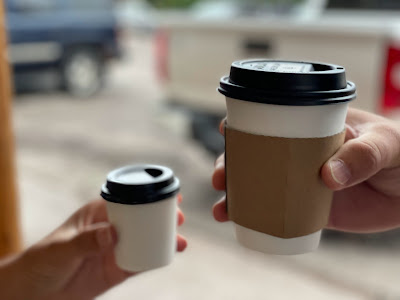