I took a day off work last week to get ready for the office holiday party on Friday.  One of my stops was a candy store in downtown San Jose, Shurra's (their website doesn't do them justic -- excellent candies).  It just happens that Shurra's is right next door to where a friend of mine works so she and I met up for coffee at a cute little coffee shop, Hannah's.  My coffee was divine and so very pretty.  Couldn't resist posting a picture. 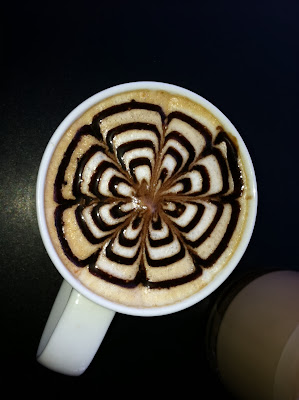 Email ThisBlogThis!Share to TwitterShare to FacebookShare to Pinterest
Labels: Food

1. One who shirks work or responsibility: "In terms of their outlook on the future, slackers regard tomorrow with a studied cynicism or . . . don't even conceive of one" (Julie Caniglia).
So, I've definitely been a Blog Slacker or a Slacker Blogger of late.  There hasn't been much going on and when there was I didn't blog about it.  Here are some pictures of the last week +.
Mikey's First School Performance 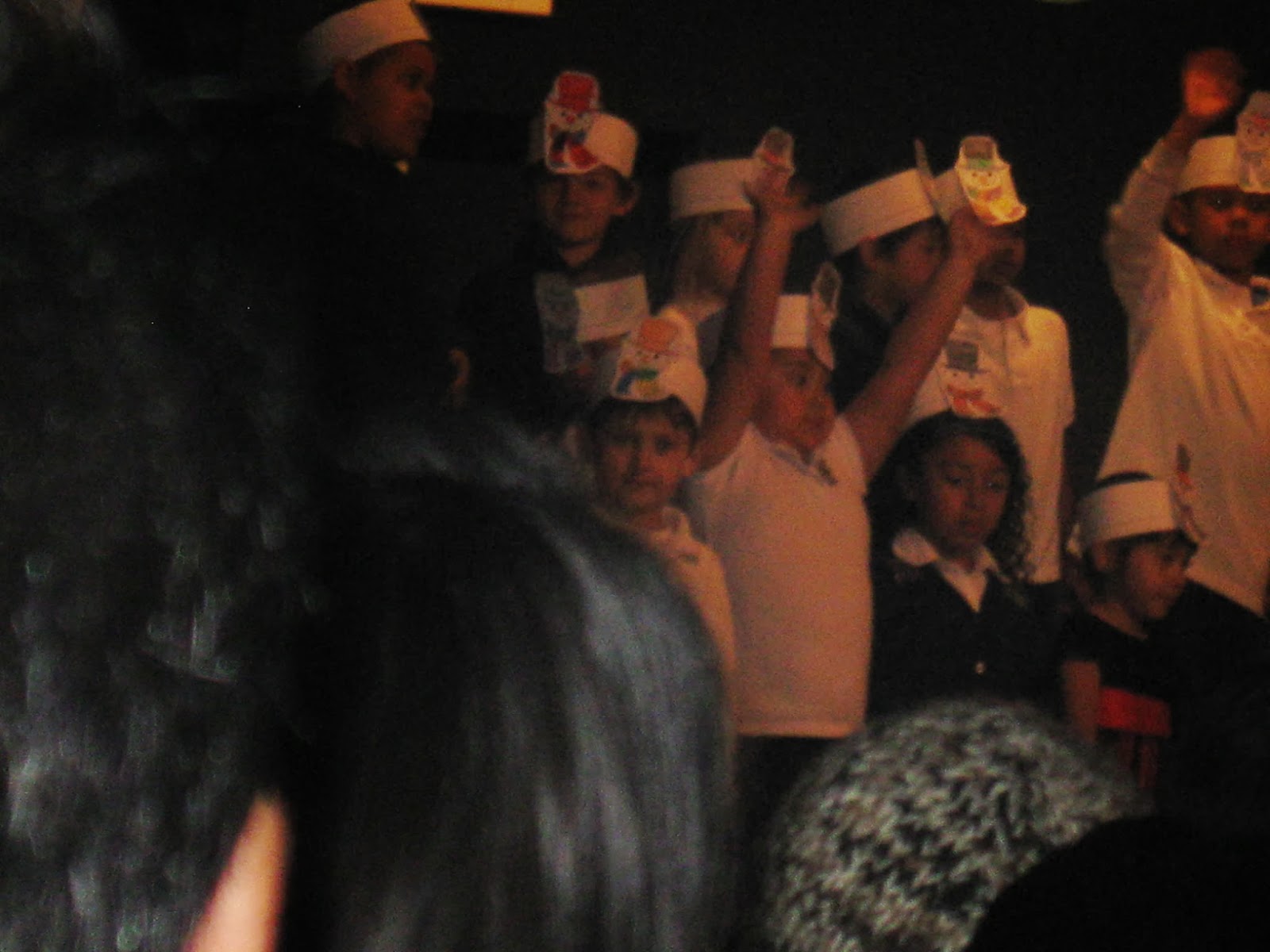 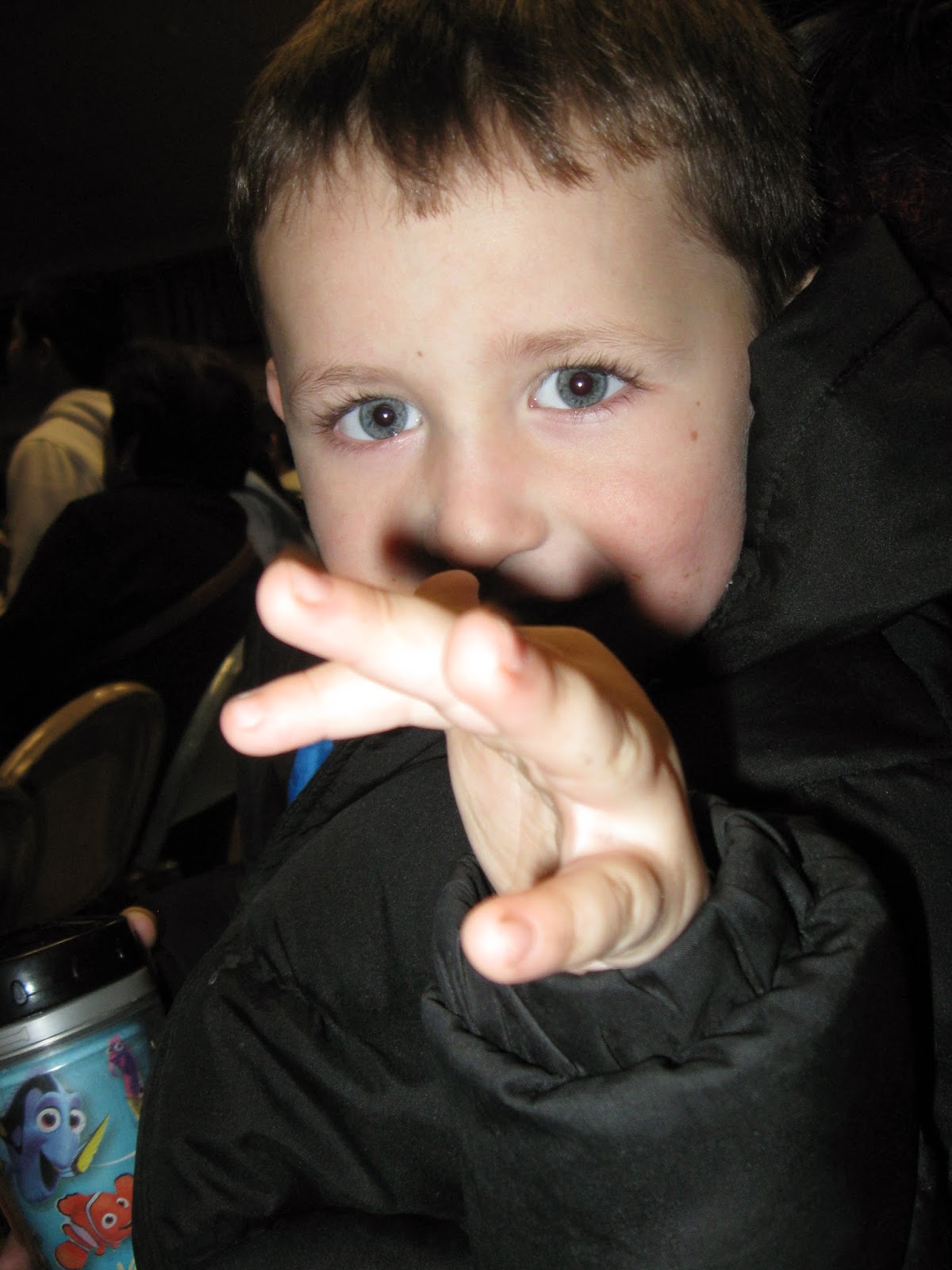 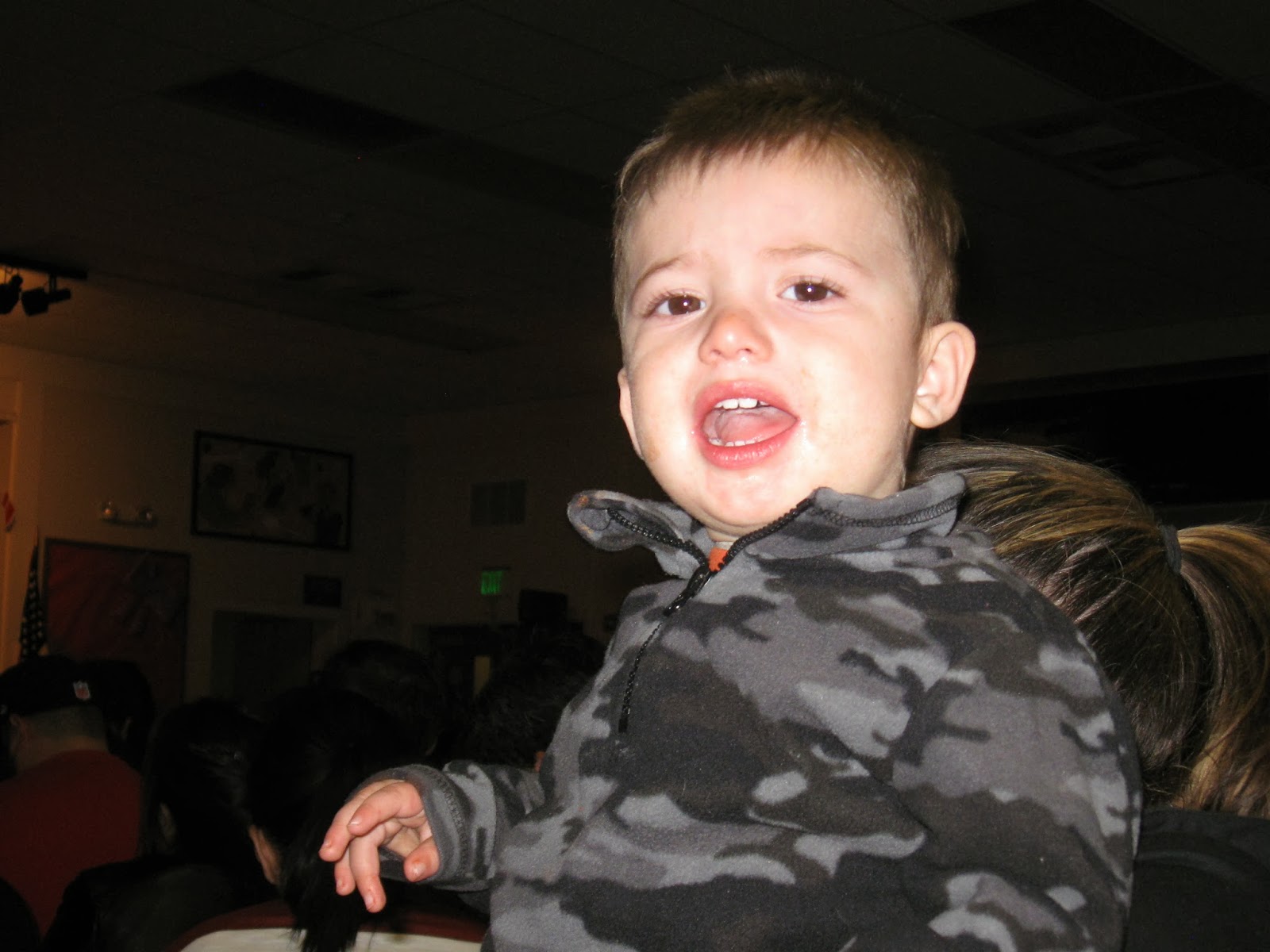 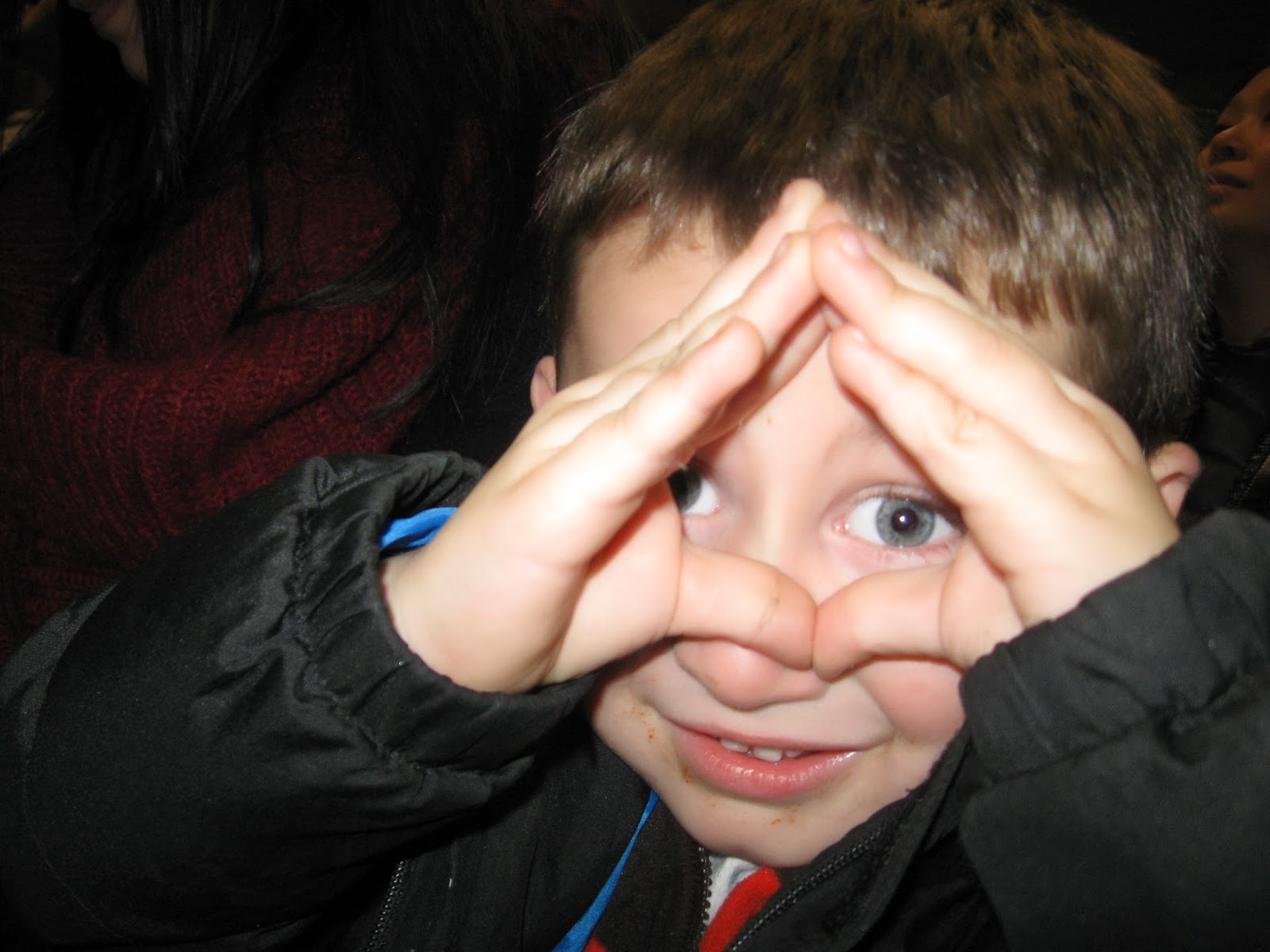 and then there was Cocktail Wednesday ... the best one so far. 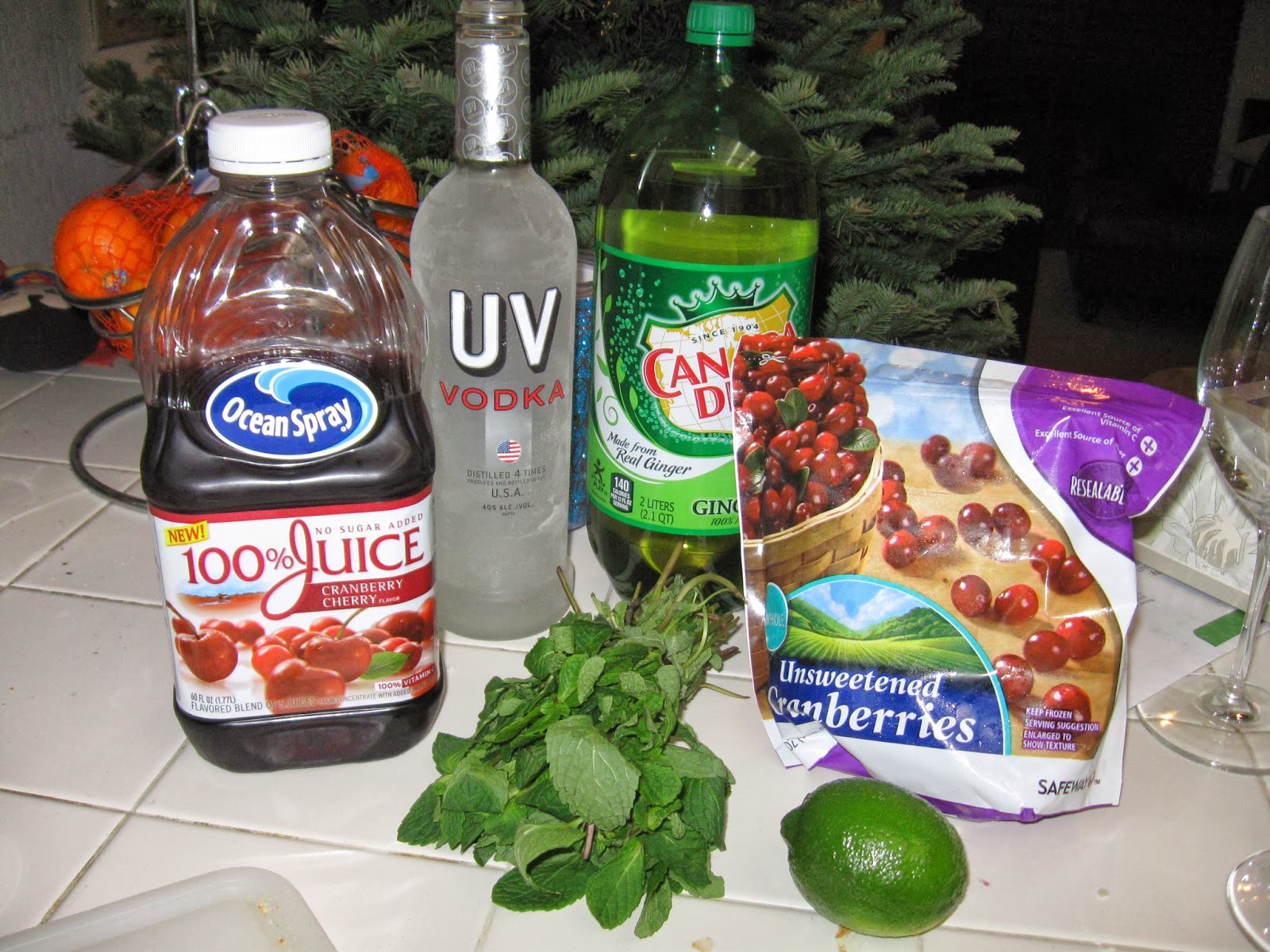 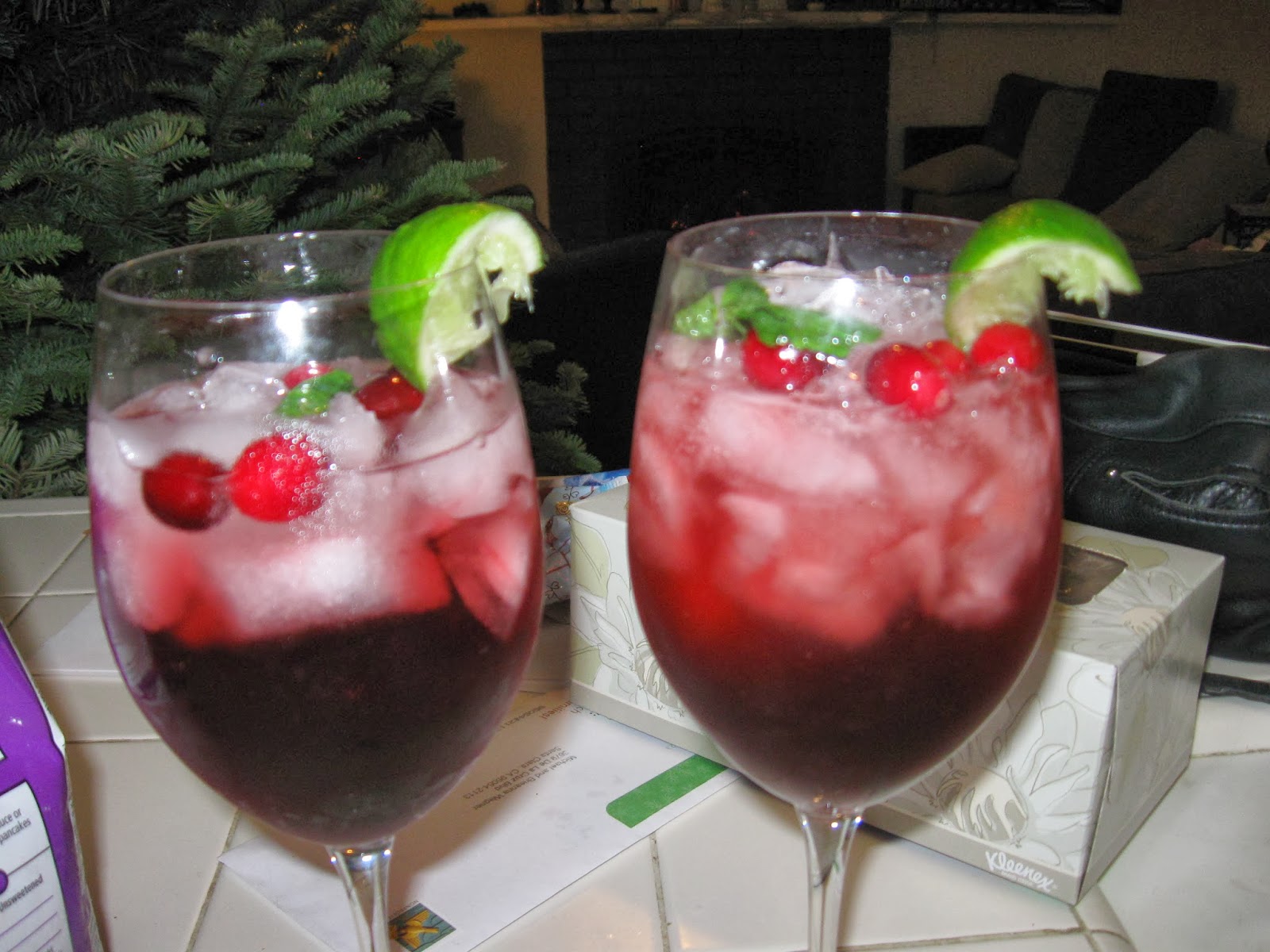 Unfortunately, I didn't get a great picture of the drinks, but they were beautiful.  The mint, lime, and frozen cranberries made them super festive.  We will definitely have these again.  Check out Mrs. Pyjamas and Little Miss Sunshine's posts for their review of the same cocktail.

Hopefully, this week I will stay on top of things a little more.

so, this week it was my turn to pick the cocktail.  Since last week's was so summery, I thought I would go for something more cold weather-ish (we're actually getting down to the 30s tonight in Northern California), so I picked a coffee cocktail. called The Bacon Maple Syrup.

I thought -- how could you go wrong with something with that name. boy was I wrong.  This one was so bad I couldn't even finish mine.

Here's the picture of what it was supposed to look like. 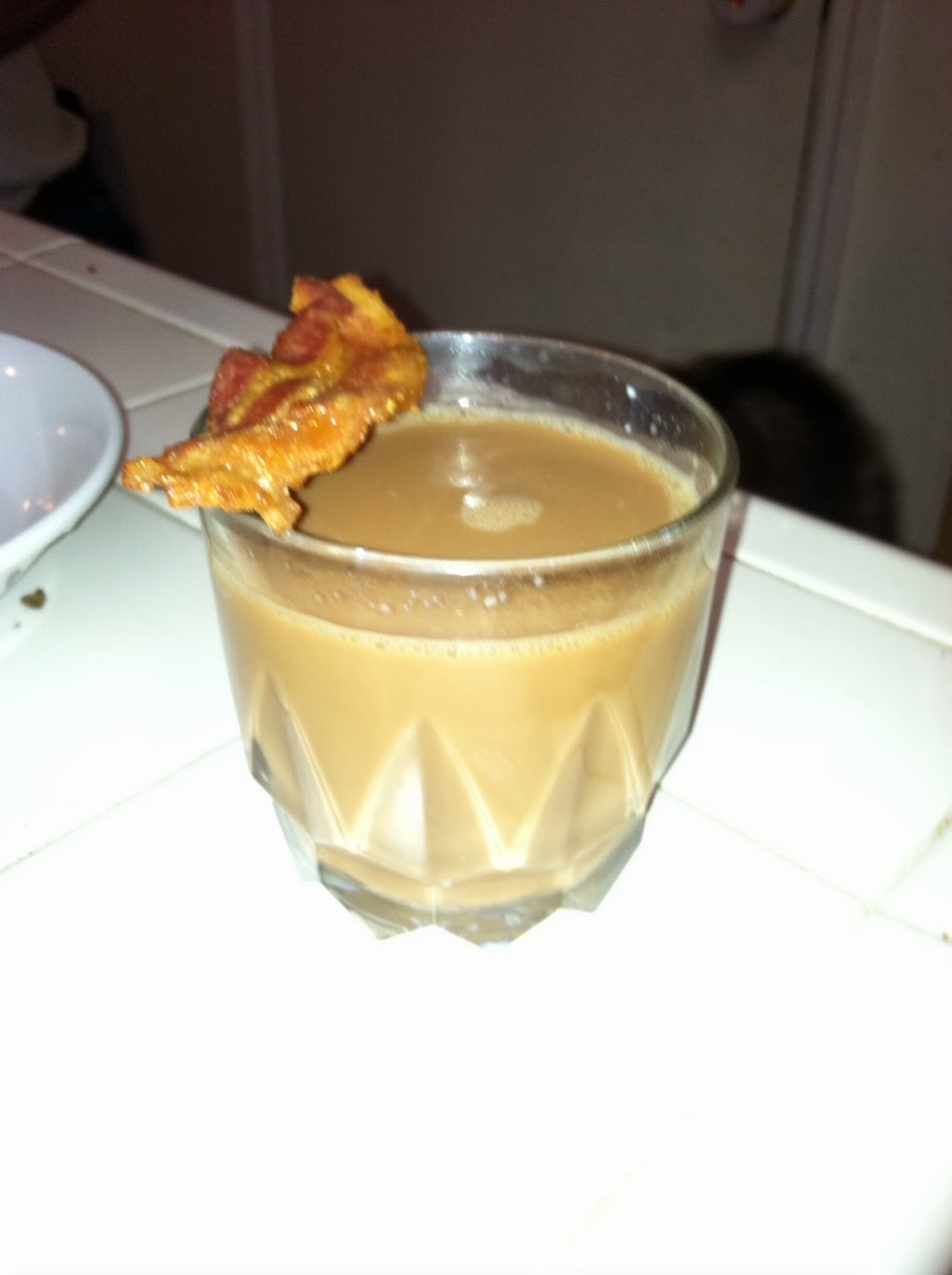 Not nearly so pretty.
I mixed the alcohol and syrup and then added the coffee and frothed milk (actually just heated milk since I don't have a frother).  I thought perhaps that if I had used fresh coffee and genuinely frothed milk it would have tasted better, but Marg assured me that it was still disgusting.

I'm not sure they'll let me pick another cocktail .. but if given another chance, I'm going for something more basic and one that I'm sure to like.

I finished the pink elephant quilt.  Now I just need to wash it and ship it off. 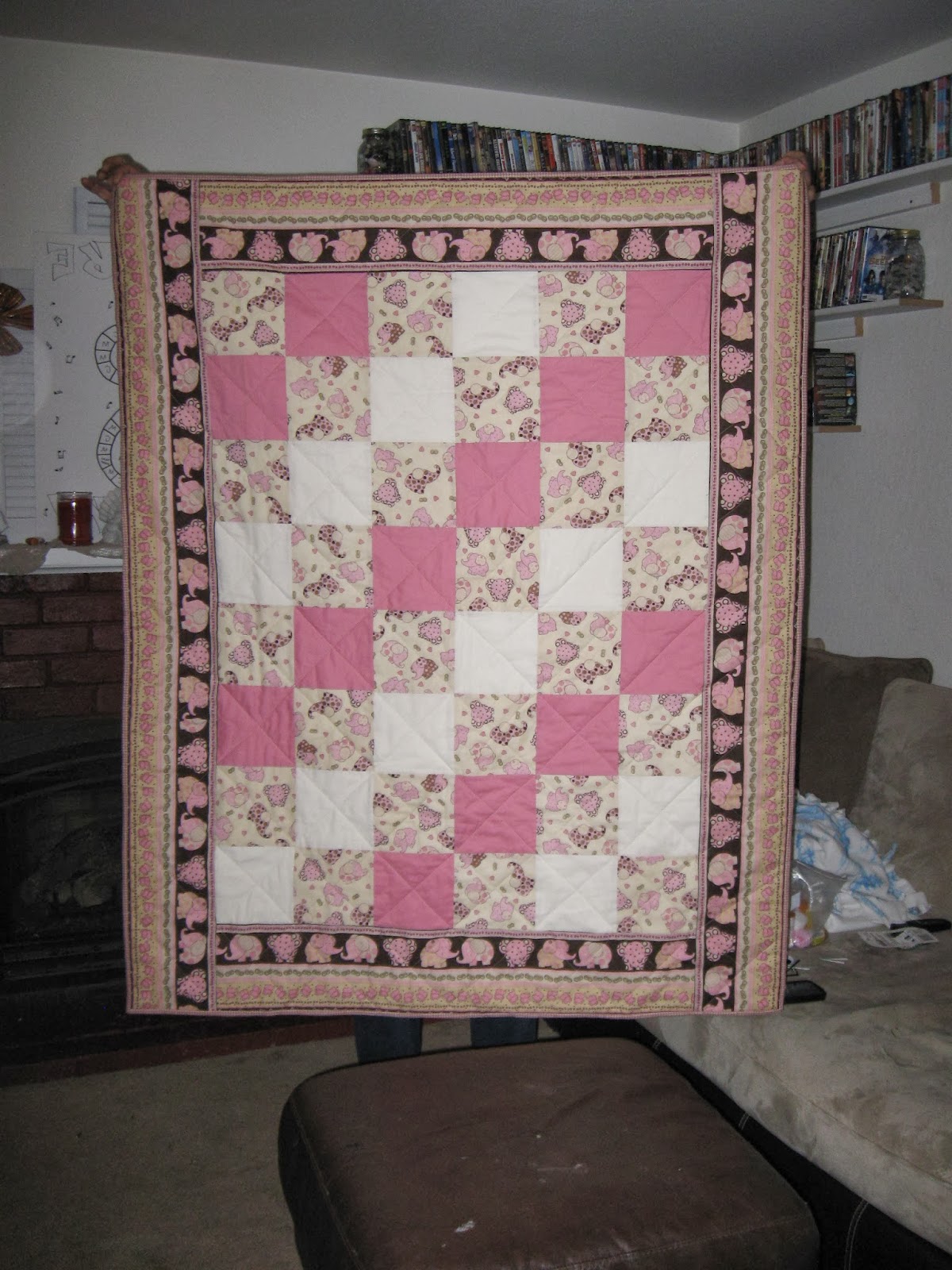 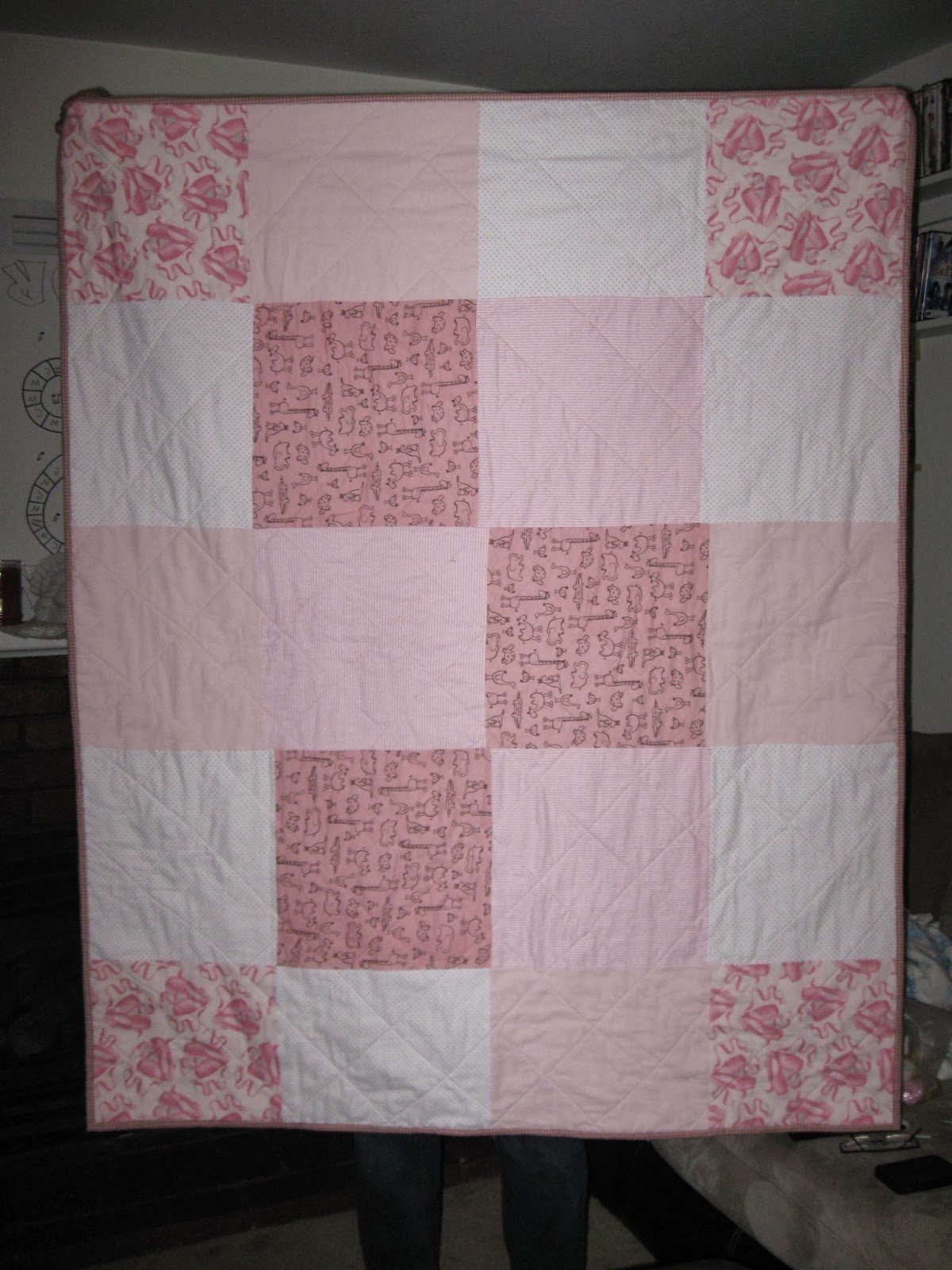 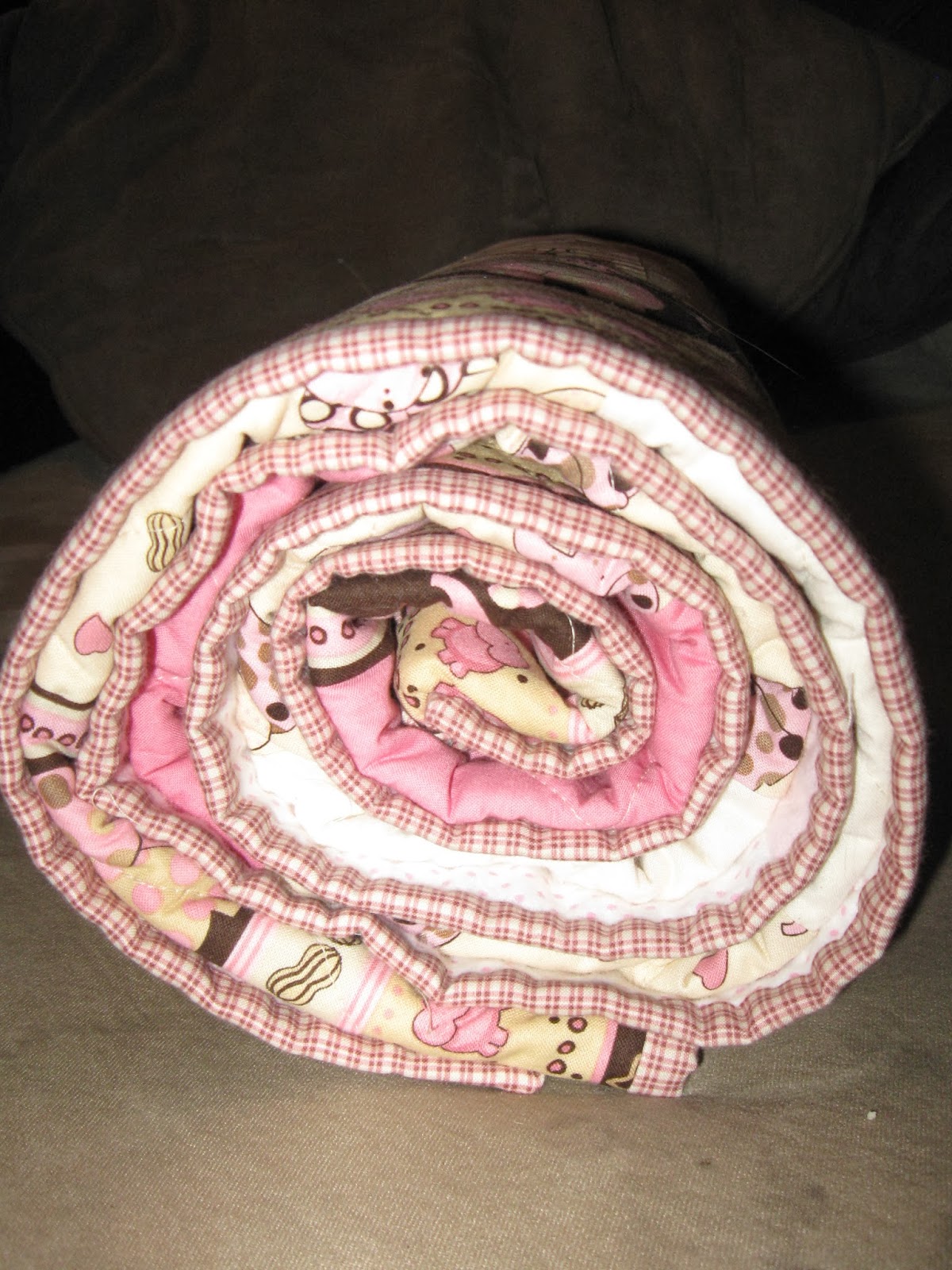 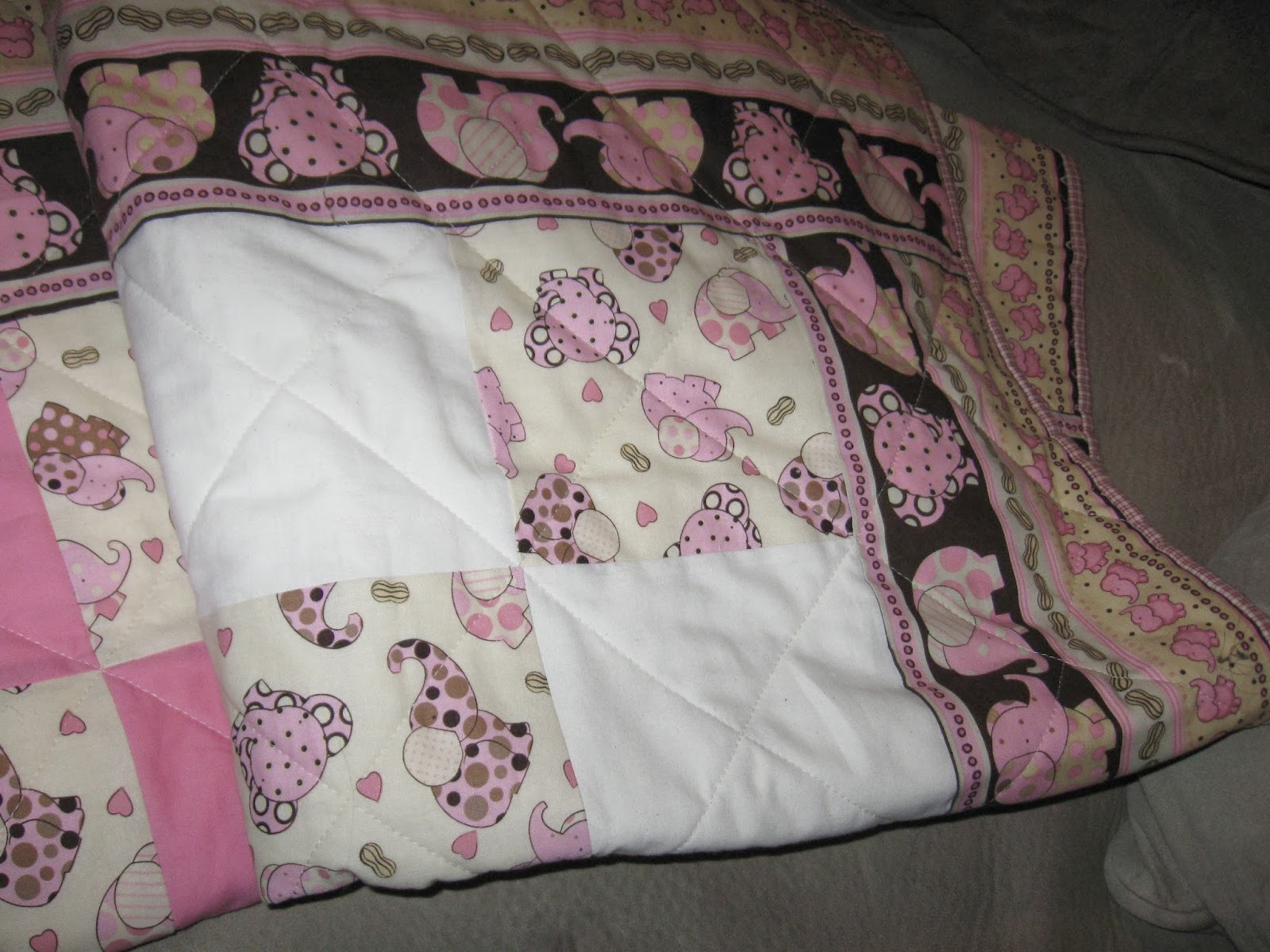 I like the way this has come together. It's a lot of pink, which I hope is okay.  I love the back too.  I used scraps, but I hope it looks planned and not too scrappy.
at December 02, 2013 7 comments: 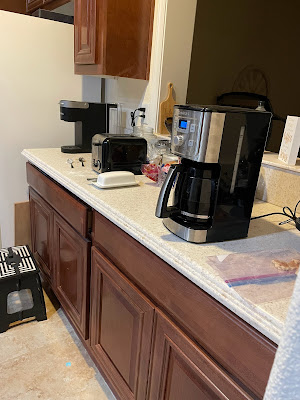